Disclaimer: This is a sponsored post. All opinions are 100% my own. 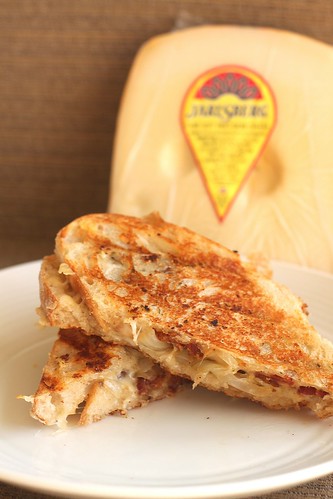 I feel like I have a problem that I need to admit to y’all. I have an Amazon Prime problem. A big one. I feel like we get an Amazon package every other day. Am I the only one? I just feel like if I don’t have to fight the long lines and traffic, it’s just easier to shop online. And with two-day shipping? You just can’t beat it.

A couple of weeks ago, Amazon had their big Prime Day, and they added in special deals for you to order through the Amazon Echo. For the longest time, I’ve really only used our Echo to play music in the kitchen while cooking, but hey, if I can order something for pretty much half off through Alexa…why not? I ordered some Greenies for the pup, and a new Cuisinart grill/griddle (yay!).

Why buy a grill/griddle when I have 3408934 kitchen appliances/tools (yes, I know I have a problem…)? Well, um…when it comes to summer cooking, I really get annoyed with heating up the entire kitchen when I’m only cooking for two. So, it’s going to be really great to heat up one appliance for cooking, and not make the A/C work overtime to keep the house cool.

I’m also all about quick meals lately, too. So, when the folks at Jarlsberg asked me to incorporate their cheese into a recipe, a panini immediately came to mind. I just love a sandwich full of melty cheese, and I thought that caramelized onions + bacon would be a fantastic addition to the mild, nutty flavor that Jarlsberg has. (I mean, you can’t go wrong with bacon, right?)

This is such a delicious panini. You can make a bunch for a party, and serve it in small triangles, or just simply enjoy it for lunch. 🙂