Disclosure: I was selected as a Rock ‘n’ Blog ambassador for the Run Rock ‘n’ Roll race series. My race entry was comped, in exchange for social media & blogging. Please consult with a doctor before you start any type of workout program. I’m not a doctor…just some random blogger.  All opinions are 100% my own.

It’s been a while since I participated in a race. The last time was the Mardi Gras Mambo 10K, and I was still sort of recovering a bit from the half marathon a month before.

I found out around Christmas that I was accepted to be a blogger for the Rock ‘n’ Roll race series, and I told myself that even though I’m not trained for it, I just had to get the ball rolling again and do the Rock ‘n’ Roll New Orleans 10K. I registered and told myself, as long as I finish the race, I would consider that to be a huge accomplishment. My sister also decided to do the race with me, so I wouldn’t be doing this alone. 🙂

I was pretty darn excited to get back in the swing of things. I was worried that I’d have to buy some new running clothes, due to the weight gain, but thankfully, I kept one pair of larger sized compression capris. 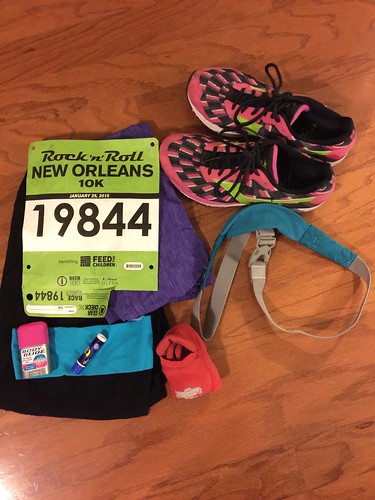 The day before the race, my sister and I headed to the expo. We didn’t have much time to spend there, since I had plans right after to visit family, but it was nice to be in that environment again. We passed by The Louisiana Marathon booth and noticed there was a long line for a game they had. For $1, you spin the wheel for a chance to win discounts or race swag. I thought, why not…I loved that race and worse comes to worst, I’m out a $1.

Imagine my surprise when I spun 50% off race registration! They told me that I was the first person to spin that for the day, AND in addition to the 50% off, they were giving away free “In Training” shirts to anyone who registered that weekend. So, after talking to myself and out loud a bit much, I signed up for the 2016 HALF MARATHON. Yep. I’m doing a half next year! (The same half I did in 2014…) Also, the icing on the cake was that my sister spun the same thing, too! So, we’re doing the half together! 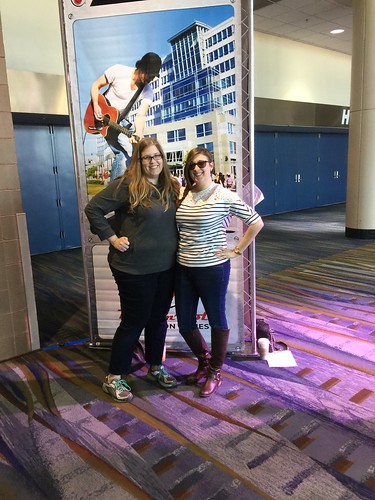 The next day, I woke up at 4am, and drove down to meet my sister at my parents’ house, and we carpooled to the finish line parking. I purchased a premium parking pass, because I absolutely hate stressing about finding parking on race day. $20 well spent. Parking was a breeze! We also purchased shuttle passes that brought us straight to the starting line. That was very efficient as well. We probably waited 5 minutes (at the most) to board a bus!

With all the intensity of race day, I felt like the shuttle bus driver wanted to make everyone laugh a bit. “John Tucker Must Die” was on the bus TVs, and it was on the part where John Tucker climbed outside of the hotel to sneak in a girl’s room (but it ended up being the teacher’s room). I needed that laugh… 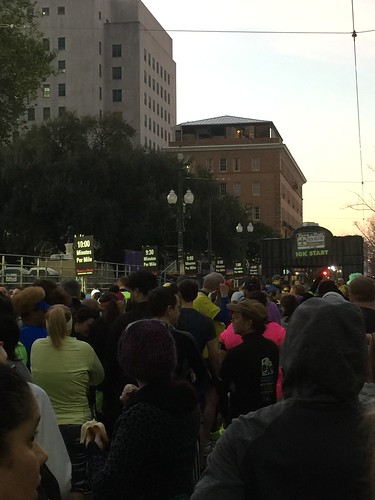 Once we got off the bus and I saw the starting line, I got those race day jitters. What if my legs couldn’t do it? What if I injured myself? All of these doubts…after a few minutes, I told myself that I did a half marathon a year ago. I can handle a 10K. 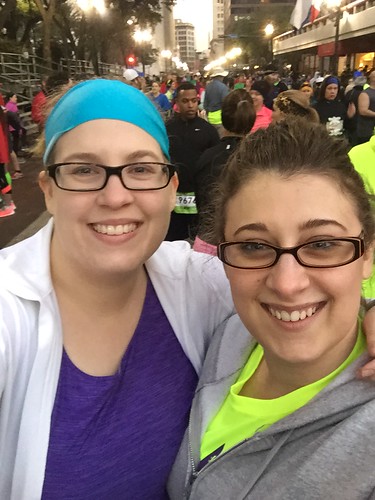 Before we knew it, the 10K started. The weather couldn’t have been more perfect..it was in the mid 40s, perfectly sunny and it was in New Orleans for crying out loud. I love New Orleans! I started by walking a good bit, just to warm my legs up and see how things felt. Just after mile one, however, my left heel started rubbing in my shoes. Surprisingly, jogging felt better than running on my feet, so I started slowly jogging around mile 2.

Around mile 4, I really started feeling pain in my right ankle and calf. I realized with my left heel issues, I was running more on the outside of my feet than usual (to avoid the blister pain), and I was probably putting more pressure on my right leg than my left, because of the pain in my left foot. While I always run in support shoes, with the way I was jogging, there was no way those shoes were going to help me out.

I told my sister to go ahead of me, because while we made pretty decent time in the first 3 miles, I didn’t want to hold her back. Also, in case I was reaching the point of being swept, I wanted her to finish, because she was still feeling great. I pretty much limp jogged/walked the last two miles. All I wanted to do was finish. I could see the cop car behind me a few blocks away, but thankfully, I didn’t get swept. I finished the race with 5 minutes to spare (on the course time limit). 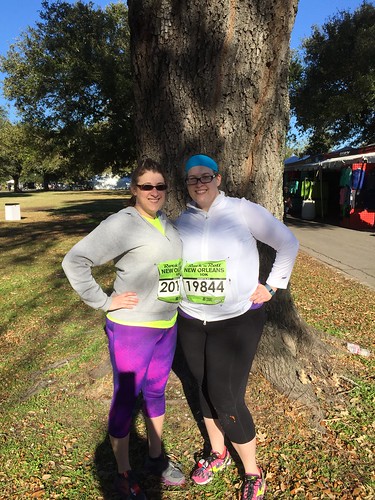 Sadly, by the time I finished the race, they ran out of 10K medals, so I was given a half marathon medal and a Rock ‘n’ Roll medal. Last week, however, I got an email from Rock ‘n’ Roll that my medal will be mailed to be soon. YAY! 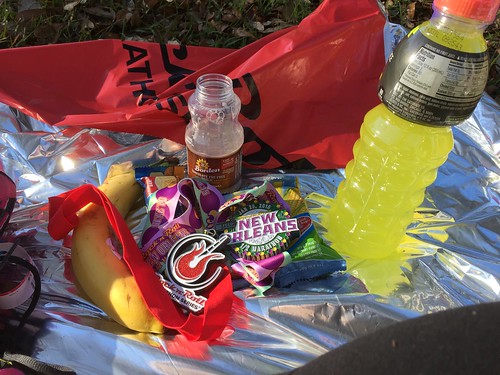 While I didn’t have a good race, I have to admit that the Rock ‘n’ Roll New Orleans 10K was a nice race. The course is nice and flat (watch out for potholes, though…it’s New Orleans, after all), and the spectators and volunteers were the best! They had some really funny signs, which helped me smile during those last couple of miles (which I really needed). Also, the bands along the way were awesome. I did the race without headphones and didn’t once miss them. 🙂 The finish line festival was really awesome as well. City Park is a great place to just chill out and rest after a race.

Next year, I’m hoping to do the half marathon, since I’ll be trained for one the month before anyway. I’d love to get the Louisiana Double Down medal, if they offer it next year! I have some big goals and dreams for 2016, but I know I can do it!